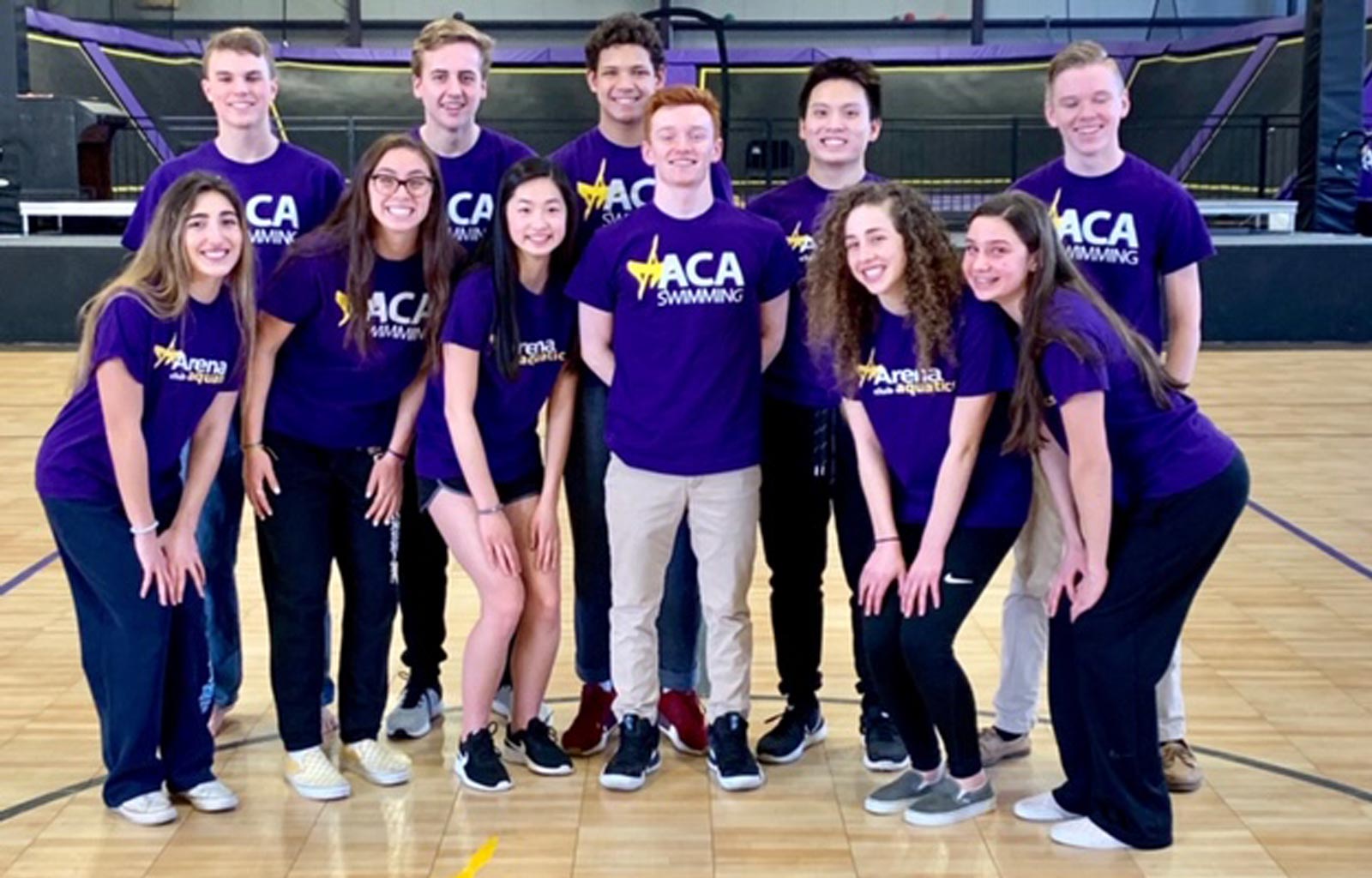 This past weekend at the 14 and Under Maryland State Meet at St. Mary’s College, Arena Club Aquatics placed 12th out of the 36 teams.  Kade Snyder earned the Boys 11-12 State Champion in the 50- and 100-meter backstroke. Mia Dvorak and Jennings Tiller earned their sectional cuts at this meet.  Overall, Arena Club Aquatics took 10 swimmers who achieved personal best times in their events, and the team outscored all of the USA Swim Teams in Harford County.

Betsy is a certified ASCA Level 5 swim coach both in education and achievement. Her swimming career started in South Texas in high school and carried over to college swimming where she was an NCAA Division I qualifier. Her love for swimming continued on into the coaching realm where she has been coaching for 32 years.